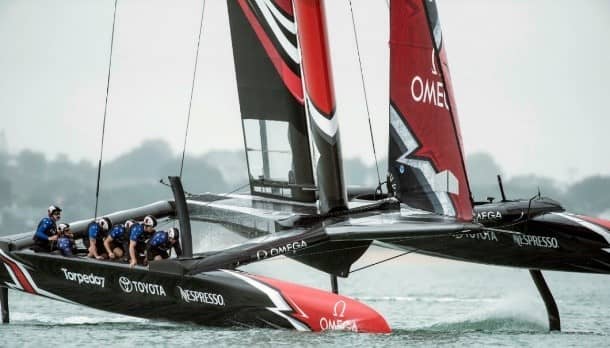 Emirates Team New Zealand - the risks were worth taking!

It is a brilliant thing that Emirates Team New Zealand have managed to pull off. Let’s bask in the glory of winning something that challengers are set up to lose and know that we beat some massive odds!

In the coming days, and possibly years, there is no doubt we will continue to hear much analysis on how Emirates Team New Zealand were able to win the Americas Cup from Oracle so convincingly.

What was their winning formula, especially after the events of 2013 when all seemed lost?

One of the biggest hurdles facing the team was cold hard cash. A massive fund raising and sponsorship campaign was undertaken but even still salaries had to be reduced. The fact that such a brilliant team came together to win in such an outstanding fashion, goes to show that the value of the prize can be worth making a personal sacrifice for. Kiwis are a nation of sailors and boat builders, national interest in what is to come will ignite passion and passion will drive momentum.

There were calculated risks on design. Who would ever have thought we would see cyclists on a boat? But what a massive game changer that was. Freeing up grinders hands to help control foils and other systems, it was like adding more hands without adding the weight of more people. It can be worth taking a risk if you’ve tested it out, you’ve calculated the odds and you’ve got a back-up plan for when it all goes wrong (like capsizing).

The team work was outstanding. The sailing manoeuvres were consistent, they adapted to conditions, their navigation and tactics were all exceptional, and that’s just the part of the team that’s on the water. Most of the team was on shore, behind the scenes, working all night to have the boat ready, bringing in parts, providing food, the laundry!, the list goes on. These people weren’t in the ticker parade but they are just as worthy of our praise.

As an insurance company, we’re looking at odds and calculating risk all the time. We know people who live a passionate life, full of high adventure and risk, and we know people who would love to live that life but are unable too due to sickness or injury. We want you to live the life you want with a back-up plan that won’t mean fund raising and sponsorship. We’re a great team, we love what we do and we’re proud to be Kiwis!